Kasol, a small paradise in the Himalayas that is situated along the Parvati River, talks to a traveler’s soul and inspires tranquillity and a sense of oneness with nature. A Kasol trip package provides you with the ideal break from everyday life, full of mesmerizing vistas, wonderful weather, and magnificent landscapes. Even though Kasol is a relatively tranquil place with exciting experiences around every corner, if you want to add an unusual touch to your upcoming trip, you should think about camping in Kasol.

Kasol, one of the most stunning places in the Parvati Valley, is frequently referred to as the “Amsterdam of India.” Riverside camping is not merely a pastime but rather a long-standing tradition in Kasol. One of Kasol’s most popular attractions is the rumbling Parvati River, and there is a tonne of places to set up camp along its banks. In Kasol, you can reserve tents for you and your companions at many well-known locations for riverside camping.

How to reach Kasol

Kasol is difficult to reach by plane. The Kullu Manali Airport, also known as Bhuntar Airport, is the closest and as soon as you arrive at the airport, you can hire a taxi or a cab to drive you from Bhuntar to Kasol, which is around 30 kilometers away. Daily flights from Delhi to Bhuntar are offered by many significant domestic airlines.

It’s one of the greatest routes to go to Kasol if you’re wondering how to get there by road. The roads to Kasol are very good because many international tourists frequently visit this area. The NH-3, which is the primary road from Kasol to Manali, must be taken to travel there by car. The drive to Kasol is full of beautiful scenery and unexpected side-trip surprises.

Some amazing camping sites in Kasol

Kasol, a well-liked location for hiking and camping, has many chances for full-on camping excursions where you carry and erect your tents and get back to nature. In Kasol, there is a tonne of locations where you can set up camp along the river and pitch your tent in a raised area. Just be sure to have a campfire going before it gets dark and that your tent is set up correctly. In addition to camping beside the river in Kasol, you can also hike to the adjacent locations, which guarantee exceptional camping experiences. Some of the top locations near Kasol for trekking and camping are:

This village, which is surrounded by stunning natural scenery, is located about two kilometers from Kasol. You journey through the villages, following a path surrounded by the most beautiful vistas, crossing the suspended bridge from Kasol over the Parvati River. The Chalal village is incredibly well-liked by hikers and backpackers and provides an unmatched sense of a rustic mountain village atmosphere. A memorable experience is sleeping outside under the stars in the middle of a pine forest.

One of the best sites to visit near Kasol is Tosh, which is 2400 meters above sea level and 9 kilometers from Kasol. You can see the Tosh, Malana glaciers, Papasura, and White Sail peaks from Tosh, which is surrounded by gorgeous peaks. Many of the most well-known treks in the area begin here as well. Camping in Tosh will leave you with lifelong memories because of the chilly weather, wide-open skies, and stunning skyline.

These remote, isolated, and sparsely populated villages are a very well-liked collection of destinations to visit around Kasol. They are also quite peaceful and attractive. Due in large part to the fact that there are no motorable roads leading to Kalga, Pulga, and Tulga and that you must trek or hike there instead, the villages have managed to retain much of their traditional beauty. The deep deodar forest known as the “fairy forest” can be found in Pulga, Tulga is blessed with the best in natural beauty, and Kalga is the ideal location for peace.

Kheeranga, the last settlement on the Pin Parvati Pass Trek, is located at the very end of Parvati Valley. The community is surrounded by stunning pine forests, alpine meadows, hot springs, and a temple to Lord Shiva and is one of the best sites for camping near Kasol.

Kasol is one of the best and calmest places for camping and you would surely be moved by the closeness to nature once you come here and will store this experience for the rest of your lives in your heart. You will not regret choosing this place for trekking. And recommend this place to your acquaintances. 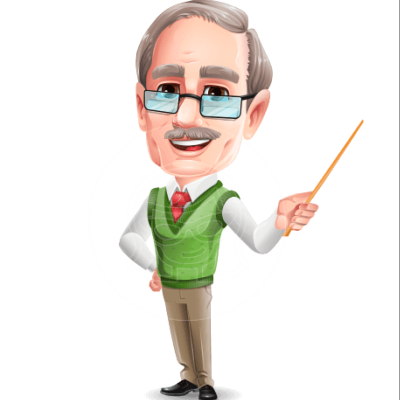 Previous post Get assignment help and ease your academic burden

Next post 13 Journey Around Kasol From Newcomers to Expert Level

When Will Used Car Prices Go Down?

How to Connect Air Pods to an HP Laptop

Benefits of Regular Maintenance of Your AC

13 Journey Around Kasol From Newcomers to Expert Level